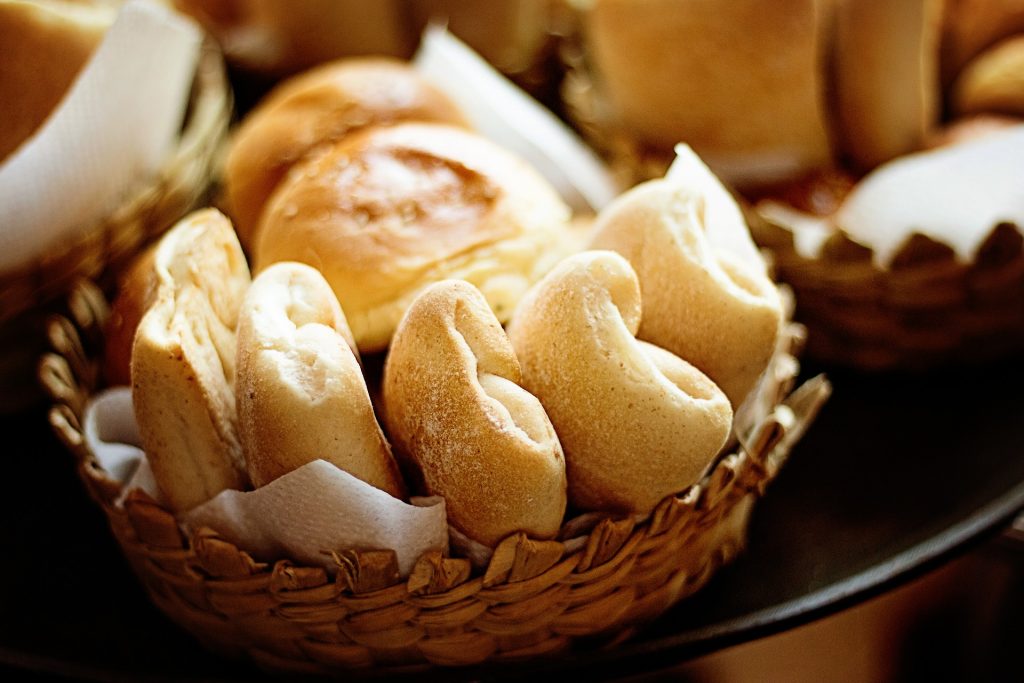 Wasting food is, unfortunately, a part of the lifestyle of many Penangites. aCAT brings you the Startup Story of Food+, which endeavours to bring awareness to this burgeoning issue and offer solutions to better manage food wastage.

Food is Penang culture. Plain and simple. Not only do we love our delicacies and delights, we are also extremely proud of our local cuisine.

But considering Penang wastes an estimated 700,000kg of food daily, it’s probably time for us to reevaluate our relationship with food.

Our Startup Story this time introduces readers to Food+, a platform for F&B outlets, cafes, and suppliers to sell their delicious food surplus at more affordable prices as a means of reducing unnecessary food wastage.

Get the inside scoop on Food+

Food+ has a noble goal of giving food a second chance after its sell-by or expiration date so that food wastage can be prevented.

In Penang, the majority of food outlets like cafés and restaurants simply throw away their daily unsold food items despite them still being very much edible and tasty.

The managers and owners are well aware that customers would not want to buy food that’s a day old or even several days old due to reduced freshness, health concerns, and so on.

But with Food+, these outlets can easily get rid of their food surplus at no cost to them and actually make some money in return.

Most importantly though, they won’t be contributing to Penang’s growing food wastage problem by disposing almost perfectly good food.

So how does Food+ work exactly?

Well, the premise is quite straightforward.

Every day, just before closing time, the participating vendors notify Food+ of the amount and type of surplus food to be sold.

Once all conditions for the food are met, the Food+ team will pick up the items and update on their Facebook page and in their WhatsApp group (for customers) on what’s for sale.

With items like baked goods and quality sushi offered at up to 88% of their original prices, it’s no surprise then that it often takes only a few hours to completely sell out.

“To me, it’s sort of funny that wasting food is not taboo. It’s one of the last environmental ills that you can just get away with.”

The idea behind Food+ came to Calvin Chan, the founder, when he heard of France’s numerous initiatives to tackle the food waste issue.

He discovered that France had recently banned supermarkets from throwing away or destroying unsold food.

Instead, they are required to donate surplus food to charities and food banks. Failure to comply could result in fines of up to €75,000 (RM361,320) or two years of imprisonment.

Calvin also looked to other countries like Denmark and the U.K. for inspiration too.

Both these countries have newly opened surplus food supermarkets for consumers to purchase food that would otherwise have been thrown out by other supermarkets and businesses.

Startup Weekend is a 54-hour competition that allows you to meet your potential co-founders, validate your startup idea, and build your prototype.

(Second from left: Calvin Chan, founder of Food+, in the midst of an activity during Startup Weekend)

During the competition, Calvin was introduced to Redza, the co-founder of Grub Cycle.

Redza turned out to be the perfect mentor to Calvin because his own company ran on a similar concept.

Grub Cycle takes surplus food from local supermarkets and sells them at affordable prices as well as transform unwanted food into new products.

Calvin was able to learn a lot from Redza due to his own experiences with Grub Cycle. Initially, the pitch for Food+ was to collect household food leftovers and sell them.

Very quickly, Redza spotted the flaws in this business plan. The main issues were halal certification (which is not at all easy to obtain) and cleanliness concerns.

But Redza reassured Calvin that he should not give up because he definitely had a solid idea. It just needed some reworking and adapting to make it better.

After going back to the drawing board, Calvin changed it so instead of household food items, he would get cooked food from vendors.

This latest change to Food+ was the more feasible option as cooked food from registered vendors could be certified halal, clean, and the products occasionally last up to 3 days.

The recipe for a dream team

Calvin is joined by two other core members on the Food+ team.

In fact, he actually met his first team member in a martial arts class!

Keeran and Calvin attended the same martial arts class and were casually talking to one another one day when the topic of Food+ came up. As soon as Calvin explained Food+ and its goals, Keeran immediately expressed his interest to work with him.

Although his background is in game design and developing, Keeran contributed his skills to help design the Food+ logo and marketing materials. He is certainly a very creative guy with a keen eye for design.

Calvin discovered his second team member by chance during the Amplify Conference. Organised by AIESEC, the programme was where he pitched his Food+ idea to the young and energetic crowd.

Among them was Phooi Sean, his soon-to-be second member who was a USM student at the time. Calvin’s speech was so rousing and convincing that it won her over and she quickly hopped on board as well.

Phooi Sean is currently in charge of the marketing and sales activities by promoting Food+ products to the folks at USM.

She got the brilliant idea to sell there because USM is full of students and office workers who are always on the prowl for delicious, budget-friendly treats.

Having worked with them for a year now, Calvin is really happy with the work he and his teammates have done for Food+.

They came together and gel so well as a group because of Calvin’s solid leadership and passion.

Clearing the hurdles in their path

One of the biggest challenges the Food+ team faced was in their first few months starting out.

In July 2017, they ventured all over Penang to find potential vendors.

Unsurprisingly, some cafés were sceptical of their business model. It was hard for potential vendors to grasp why customers would pay for food that wasn’t fresh anymore.

They were also concerned because their brand’s reputation was very much at stake. Customer complaints regarding the non-fresh food products would really hurt the vendors’ image.

From this experience, Calvin learned that to allay vendors’ fears of reputation damage, Food+ would sell their products under its own brand name.

This way, their participating vendors wouldn’t have to worry about complaints being traced back to them.

Another of Food+’s notable obstacles happened because the public had certain perceptions of unsold or non-fresh food items.

Consumers wondered whether the food was safe to eat, which made getting them to buy Food+’s products quite challenging.

Now, more and more people are ordering and purchasing from Food+ because where else can you get up to 88% off premium food products, right?

Slowly, people are becoming more accepting of consuming food surplus because not only does it save them plenty, it saves our planet too.

There’s still much to do to reduce so much food wasting but Food+ is definitely making some visible changes.

One of their latest initiatives besides selling food surplus is managing their food bank. The team have recently set up one right here at our very own ACAT Penang.

The public is welcome to donate food products under any of the following categories: Canned food, dried food, and others.

Calvin wants to see less food wastage in Penang and eventually, Malaysia. Surplus food would greatly benefit the underprivileged communities like the homeless or those in poverty.

In collaboration with Kechara Penang (a well-established soup kitchen) and the Tzu Chi Recycling Centre (Sungai Nibong), Food+ has their collected food items delivered at month’s end to help Penangites in need.

Besides the food bank, Calvin and his team continue to search for more vendors to join them. For now, they sell mostly baked goods (cakes, bread, buns), sushi, snacks, and beverages.

Sushi is their best-seller with each plate going at 50sen only. Their halal bread is also one of their unique items that’s on sale.

1. When you receive criticism, learn to accept it.

Food+ has faced tremendous and heavy criticism from all corners, whether it was via potential vendors or consumers.

But the key is to listen.

Listen to the feedback and find out how you can make it work for you as a solution.

Sometimes these questions may cause you to re-evaluate your entire business model. That might sound scary or frustrating but you might find that your business will come out better from it all.

2. Be persistent in overcoming whatever obstacles come your way.

Mindset plays a vital role in whether you will successfully overcome a challenge or not.

Arm yourself with a powerful mindset. With that, you can change and break through anything.

Despite the uphill struggles, the Food+ team have managed to come this far because they possess incredible mental strength.

If you give up at the first sign of trouble, then you are not going to last long as an entrepreneur.

Persistence is what will help you push through those difficult moments and keep on going for your dreams.

“We want to inspire more startups to take up the 17 SDG (Sustainable Development Goals) Challenge set up by the UN to make our Earth more sustainable.”

If you liked this story, do share it with your friends. Check back here next month for a new Startup Story. Have anything to add? Want to tell us how much you loved this article? Talk to us in the comments section below.

Sam is a copywriter for shuant.com. She is still picking up the tricks of the trade. As a word nerd, she loves to make the most of her language skills. Her other passions include blogging, photography, and music.